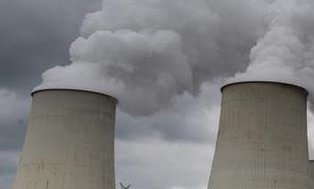 The UK’s Energy Minister Kwasi Kwarteng has today announced a £90 million package to try and tackle emissions from homes and heavy industry. The plans are designed to both reduce housing emissions by up to 80% and to develop renewable energy to help power industry, instead of using fossil fuels.  This alone is expected to remove 3.2 million tonnes of CO2 from the atmosphere by 2030.

Reducing industry and housing carbon emission has become a major goal of most governments around the world. It is expected that this £90 million investment announcement will help steer the UK towards cleaner technologies, including hydrogen energy production.

The plan is to allocate £70 million funding for 2 large scale, low carbon hydrogen production plants, said to be the first in Europe. As hydrogen is a low emission alternative to fossil fuels, it is hoped that this will power future industry and transportation. The investment will also fund projects to trial cutting-edge technologies for switching industrial processes towards renewables in a variety of energy-hungry industries, including cement and glass production.

The remaining £20 million will be used to fund projects aimed at cutting household emissions through “smart energy” projects across the UK. It is estimate that over 250,000 people could have their homes powered by locally produced renewable energy by 2030. With the planned phasing out of coal power production by 2030 and the complete ban of new petrol car sales by the same date, a major step change in cutting emmissions is on the horizon.

If these goals are met, not only will this investment lead to significant climate change reductions by 2050, but will also create an expected 2 million "green collar" jobs by 2030.