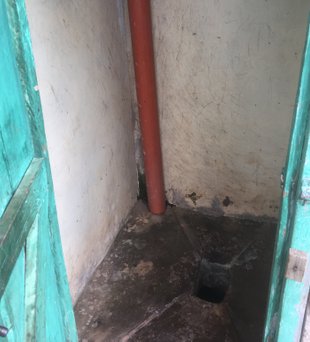 As part of a recent assignment in Sri Lanka, we’ve been looking into the ever-growing problem of affordable and safe solid human faeces disposal, in connection with developing low-cost houses. In many countries we take the toilet for granted, flushing away our poop to be safely treated by our local water company.

However, this is a luxury which many lower-income countries cannot afford, with both human and animal faeces disposal being persistent threats to global public health. It has been estimated that by 2030, our planet will be producing 5 billion tonnes of faeces per year, with the majority coming from livestock.

When left uncontrolled, decomposing faeces produces large amounts of harmful gases, including ammonia, nitrous oxide, hydrogen sulphide and methane. Not only does the waste contribute to climate change through the release of greenhouse gases, but also the faeces can very easily contaminate water sources used for drinking, and destroy the aquatic ecosystem.

China, for example, has taken drastic action at preventing water pollution through inappropriate disposal of both human and animal waste, as it was estimated that more than half of their freshwater lakes have become polluted with faecal matter. A rise of associated diseases such as cholera has been seen in many rural communities. In India alone, Unicef estimate that diarrhoea caused by limited or no access to toilets kills almost 400 children under five every day. Around 564 million people within the country do not yet use a toilet, instead they defecat out in the open.

The pathogens within the faeces create the greatest danger to human health, and therefore the faeces must be safely disposed of in a safe and hygienic way which does not pollute the air, the water, or come in to contact with people.

Any type of sewage treatment plant is expensive and tends to be centralised in communities where there is the money to building and maintain the equipment. In many communities the faeces often ends in a pit in the ground and is left to seep into the groundwater. Once the pit is full, a new one is dug.

We have been looking to address the gap between full sewage treatment and holes in the ground by introducing newer technology to lower income areas of the world.

One system we have looked at is a non-electric water treatment process which accepts toilet waste into an underground primary tank, before separating and breaking down the organic solids. The waste then passes through an effluent filter and discharges into the secondary treatment aerobic digestion process and filtration process. The result is liquid effluent which can be discharged safely into the ground and any non-food growing areas. The tank itself needs de-sludging once every 2-3 years, and so the system is a much better approach than a standard septic tank.

Another approach is a composting toilet which is an innovative idea where faeces and urine are separated at the point of delivery. Urine, being sterile, can be safely taken to a soakaway and disposed of. The composting toilet itself, therefore, deals with solid waste only and as it’s a waterless system, (liquid from the faeces evaporates) the small amount of remaining solid material breaks down by natural decomposition, maturing for a year, before being dug out and safe enough to be used on non-food crops as good quality fertiliser.

A new system also combines food waste and human/animal waste into a biodigester tank, which through an anaerobic process actively creates cooking gas. It is not clear on how cooking food on gas created by decomposing faeces will be accepted.

However, no matter what the step changes are for reducing the quantity of human waste in the open air or in a pit, cultural changes are often the largest barrier for a number of communities who feel unsettled by new toilet arrangements. It takes time for many communities to adjust their lifestyle and start using toilets. Sharing toilets with other people and other families can be a huge burden for many people, meaning that often new toilet arrangements might not be used by the community is it intended for.

Animal waste is also an issue which is seldom addressed at many levels. It is reported that in the Netherlands, about 80% of the farms produce more cow dung than they can legally use on their farm and can’t get rid of it safely or in a cost-effective manner. The WWF is calling for a 40% cut in the 1.8 million cows in order to help protect the environment. While the awareness and link between livestock and greenhouse gases has become well known, the actual waste itself is also a key problem which is contaminating the ground.

The poop problem has not yet been solved, and although it is a well-known problem, small steps are slowly being taken to address it, often using innovative technology to find new solutions.

The two main barriers remain cost and culture: solutions need to be cost effective enough that they can be cheaply implemented and maintained, and culturally acceptable that people want to use them properly.