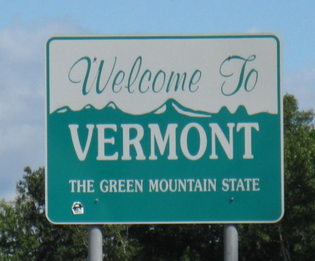 Talent Attraction to any city, region or place is an essential requirement for today’s innovation and knowledge-based economies. It can also help form the life blood for developing and sustaining local economies. Every region and city has their own unique needs and challenges for attracting talent which can vary from one region to another.

While many European regions struggle to attract or retain the highly educated and skilled workforces which they need to be competitive, one US State has come up with a novel way of attracting digital talent.

The Green Mountain State of Vermont has recently signed a bill which will grant remote workers from out-of-state organisations up to $10,000 to move there.  The scheme is part of a raft of state government-led initiatives to improve the digital environment and to attract talent to come and live in this mainly forested New England state.

The $10,000 grant is being made available to anyone who owns or runs a business, works in a non-profit organisation, works for another state or federal government and can relocate to Vermont to work remotely via the internet. The State Government will be pay for moving expense, computer software and hardware, broadband access, and membership of a co-working space of up to $5,000 per year and a maximum of $10,000 over the life of the program.

According to Michael Schirling, Vermont Secretary of Commerce and Community Development: "We need to recruit more workers, more young families, to Vermont in order to sustain the operations that we have in our existing economy and to grow that economy. This is one fragment of that effort."

Other complementary initiatives to encourage remote workers to Vermont will include infrastructure improvements to enable individual workers and businesses to establish a remote presence in Vermont. These will include the growth of co-working spaces, remote working hubs and innovative working spaces, with broadband access available in the downtown areas of Vermont’s municipalities to support such remote working. Initiatives to create high speed free public wi-fi in towns are also being started.

For a state of just 624,000 people, the largely rural economy within Vermont has an aging population and a shrinking workforce, with rural tourism being the backbone of the economy, due to the outstanding natural landscape.

Other talent attraction initiatives have also been aimed at vacationing out-of-state tourists by providing networking opportunities with local employers and entrepreneurs, to encourage the visitors to become residents in Vermont.

Vermont’s approach to stimulating the digital economy is certainly bold and demonstrates a serious commitment to supporting the local economy. The scheme will commence in January 2019, once a “significant number of details” are worked out.