The War Against Single-Use Plastic 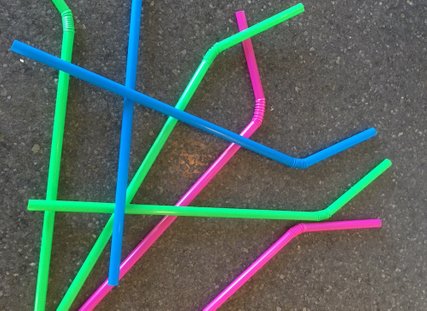 The war against single-use plastic waste has taken another small but important step forward this week when the UK’s fourth largest supermarket chain Morrisons, have announced they are replacing all plastic bags in the loose fruit and vegetable section with “traditional” paper bags made from 100% recycled material. The move is expected to prevent 150 million small plastic bags from being used each year, according to the supermarket, in it's 493 UK stores.

The supermarket will also actively encourage its customers to supply their own containers for purchasing unwrapped products from their meat and fish counters, offering loyalty points as an incentive.

The move by Morrisons is one of many new strategies being adopted by companies as they seek to find ways to reduce single-use plastic in their packaging and products. Earlier this month fast food giant McDonalds also announced that all of their UK and Ireland restaurants will move away from using plastic drinking straws.  They will instead rollout paper straws at their 1,361 restaurants in the two countries, starting later this year. In the US alone, it is estimated that more than 500 million single-use plastic straws are used for approximately 10 minutes each every day, before becoming a plastic waste problem.

Coffee chain Starbucks are adopting another approach where they are to remove plastic straws and cutlery from display and will only supply them to customers if requested.

While we use plastics everywhere, from our computers to our toothbrushes, single-use plastics are presently under intense scrutiny as they so easily find their way into our environment, especially rivers and oceans.

The plastic is mistaken by seabirds, turtles, seals and other marine life as food, often causing the animals to starve to death as there is no room in their stomachs for food. Examples have also been seen where small plastic pieces have damaged the stomach lining and allowed bacteria from the gut to flow into the bloodstream of the animals. It is still unclear what the short or long term effects marine plastic contamination will have on the food chain, especially for humans.

According to the European Commission “Europeans generate 25 million tonnes of plastic waste, but less than 30% is collected for recycling”. The first-ever Europe-wide strategy on single-use plastics was launched in January 2018 by the EU which is targeting all plastic packaging on the EU market, which must be recyclable by 2030, with the consumption of single-use plastics being “reduced”.

But there is hope as humans are becoming more aware of the issue and damage we are causing and slowly taking steps to change our behaviour. Tackling the source of single-use plastics, reducing plastic consumption in packaging, and increasing recycling possibilities are all being led by industry and legislation, with grassroots campaigns like the Facebook initiative “Pick Up Three Pieces” of plastic from a beach community, are growing in popularity and raising awareness of the problem.

It will take time, but today is the day for all of us to think again on how we use plastic, and if we really need to.